For me one of Avebury's less considered mysteries can be applied to the majority of megaliths of the same period throughout the British Isles. It differs from the other enigmas in that it isn't based upon what is there but on what isn't there.

The cave paintings at Lascaux in southern France are some of the finest evidence that humans have long been very adept at artistic expression. It is reputed that Picasso, on seeing these paintings for the first time, was moved to exclaim "We have learned nothing" and became so influenced by them that he began to develop the unique style of work that is now so familiar to us. Apart from their remarkable artistic quality one is even more astounded to learn that they were painted around 17,000 years ago! 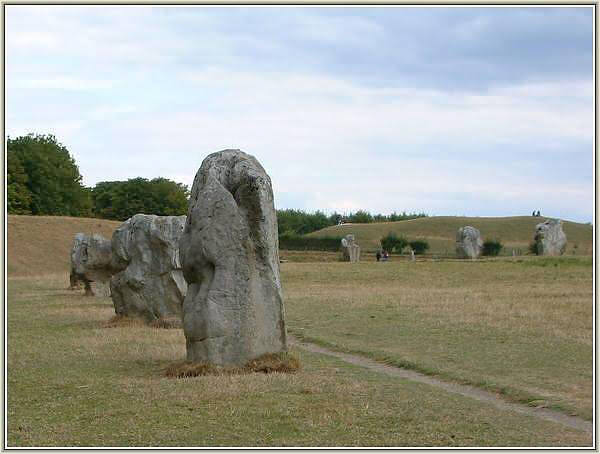 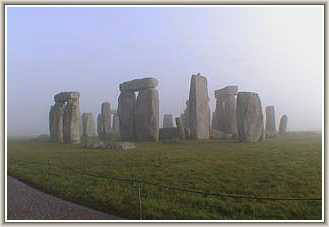 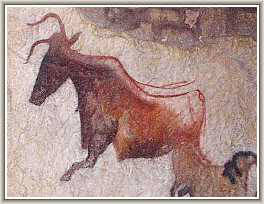 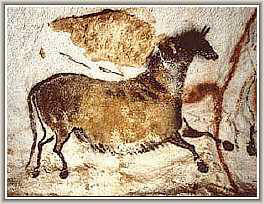 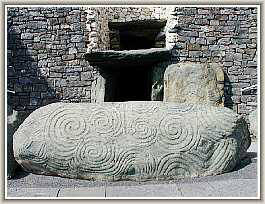 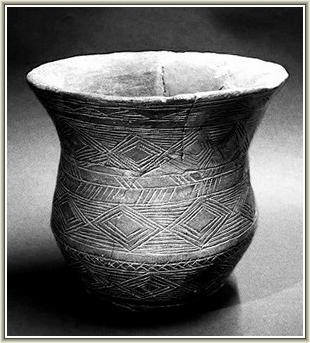 This beautiful bell beaker was found in the West Kennet Long Barrow and  is dated to before 2500BC.

It therefore seems odd that Avebury's builders, from the evidence of their pottery were obviously creative and adept with tools, didn't feel motivated to leave any obvious mark on the stones. There is supposedly a number of faces carved into some of the stones but I find the evidence for this unconvincing....I'm sure that if if they had intended to modify the stones in such a way the results would have been far less ambiguous and more skilfully carried out. It might be argued that the hardness of the sarsen stone was a barrier to any carving but the builders of Stonehenge were able to dress and shape the uprights and lintels to a considerable degree so methods existed. Like the builders of Avebury these stones were also left without any decoration. They must have possessed the skills to do so but, unlike so many past cultures who have left wonderfully carved stone monuments, it wasn't part of their agenda.

One of the finest megalithic structures in the whole of Europe must be the passage tomb at Newgrange in the Boyne Valley on the east coast of Ireland. Built around 3,200BC. It is renowned for the superb carvings that cover the large stones that surround its base. The carvings are mostly in the form of spirals and angular patterns but also include components that have been interpreted as the sun, moon and human faces. A few other Neolithic sites mainly in the north of England, Wales and Scotland also contain evidence of geometrical carvings.( see link at page bottom ). There are some notable examples on the Isle of Anglesey.