One of the features of the stones at Avebury which always seemed curious to me was the amount of holes many of them display. Without giving it much thought I assumed that they were due to some odd weathering which affected areas of softer material. It is only relatively recently that I came across the correct explanation which is that the stones were formed from sedimentary material containing plant roots. These remained present long enough to leave their signature.

This leads me on to recount an interesting event that happened to me on one walk around Avebury........The day of this particular visit was somewhat changeable as regards the weather which caused me to be carrying a small umbrella. In a moment of idle curiosity I pushed it into one of the holes and was surprised as it went in much further than I expected. I was even more surprised when on withdrawing it a small lump of gleaming white chalk landed at my feet. This immediately begged the question....who put it there and when? As there is little evidence of any pristine chalk on the surface of the ground now and probably hasn't been for some considerable time I dared to imagine that it could have been put in there a very,very long time ago and the last person who touched it just might have been a Neolithic child....It remains a part of Avebury. 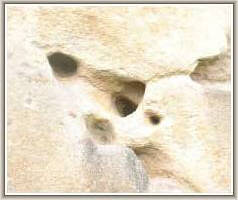 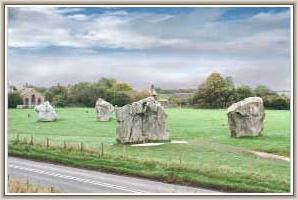 Some other voids in the fabric of Avebury have been left by the magnificent elm trees
that once existed in the north-west and south-west quadrants as these images show.
They fell victim to Dutch Elm Disease that ravaged the country during the 1960s. 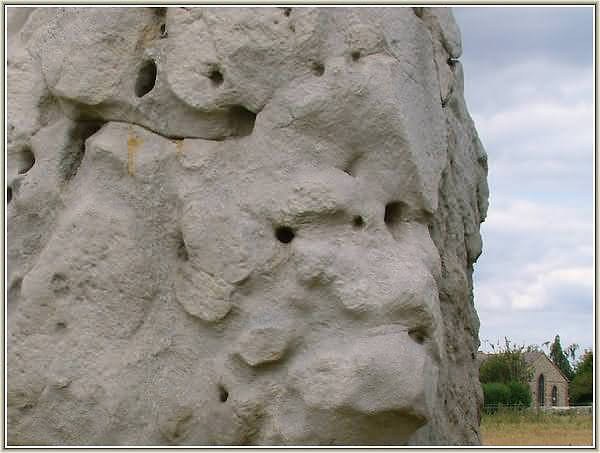 William Stukeley also thought the holes were due to weathering
as can be seen on this extract from his book (Chapter 3, page 17). 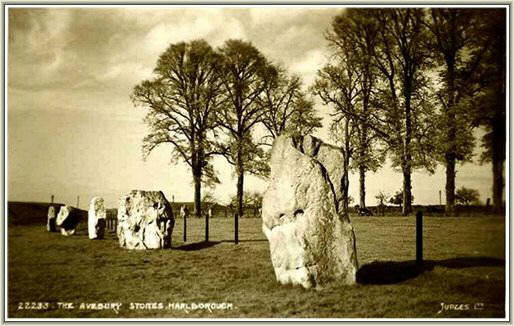 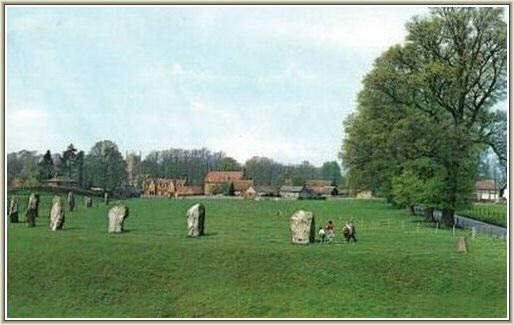