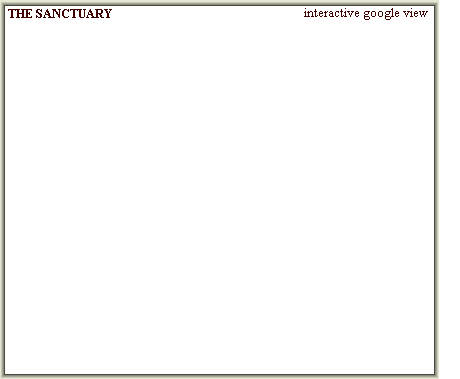 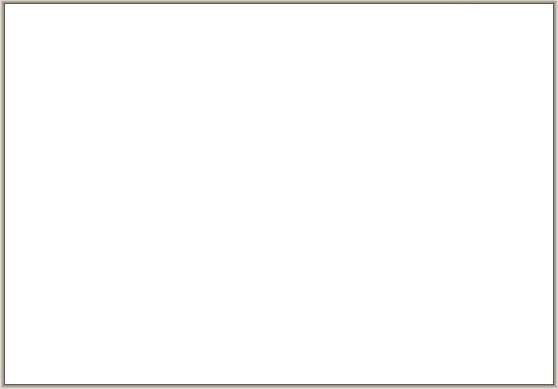 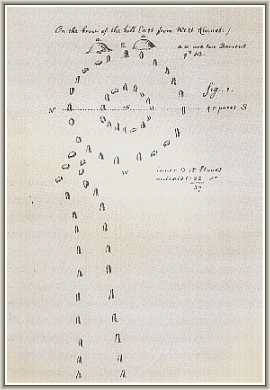 Situated beside the A4 road on Overton Hill the Sanctuary is the site of a stone circle that once formed the terminal point of the West Kennet Avenue. Large enough to contain the outer ring of stones at Stonehenge its earliest parts are dated to around 3000 BC which is about the same period the cove in the northern inner circle of the henge was erected. Unless any evidence to the contrary is found it is believed to have only become linked to the distant henge when the avenue was built about 2400 BC. Now destroyed and only consisting of small concrete markers where the various elements once stood, the Sanctuary must have played an important part in the function of the henge.When Aubrey saw it he recorded it as a double ring of stones. Although Stukeley also recorded quite a number of stones on his drawing of it he was to witness much of its destruction during the period of his visits. The destruction was so complete that the site was to become lost and forgotten until Mrs. Maud Cunnington was able to locate it oncemore in 1930 prior to her excavation of it. 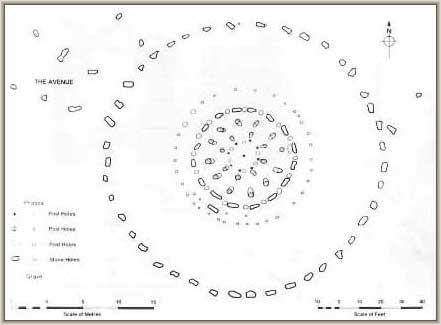 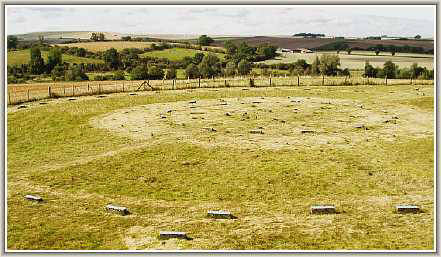 It is a confusing site from an archaeological point of view. Despite a number of excavations (one as recent as 1999) it continues to be a challenge to researchers. It appears to have started off as a series of small circles comprising of wooden posts some of which have now been established as being quite massive. Whether these were evidence of a roofed building or just remained as standing posts is the subject of debate. Eventually, after many modifications, it was to evolve into a stone circle about 130 feet in diameter which has now disappeared. Whatever its purpose it remains an important and fascinating part of the Avebury complex.

Concrete blocks now mark the positions where the various elements once stood.

CLICK BUTTON for William Stukeley's
illustration of the Sanctuary

Because of his druidic vision that the henge and its avenues represented a gigantic serpent William Stukeley often referred to the Sanctuary as the hakpen (serpent's head). As a result he also often refers to Overton Hill as Hakpen Hill.

The Sanctuary repays the visitor with a wonderful view of the Avebury landscape. The trees that cover the East Kennet Long Barrow are very prominent and the long barrow of West Kennet is easily seen on the hillside across the valley. The massive bulk of Silbury Hill looms above the trees to the west and the surviving stones of the West Kennet avenue can be glimpsed as they make their way to the henge across the distant fields. Perhaps, more than anywhere else at Avebury, a sense of the enormous scale of the monuments can be gained from a visit to this enigmatic site. 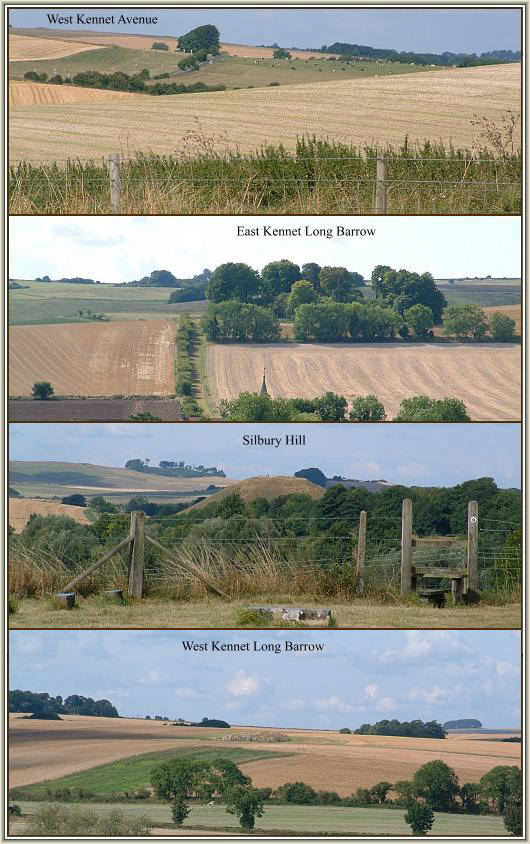 THE AVEBURY LANDSCAPE FROM THE SANCTUARY 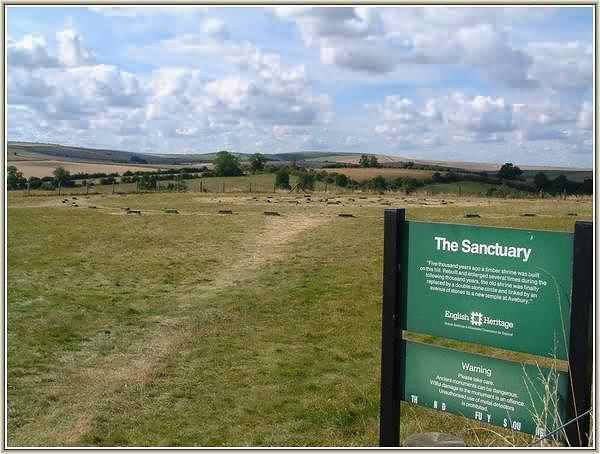 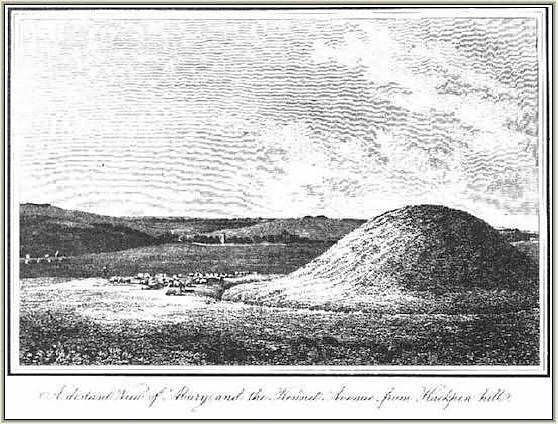 Richard Colt Hoare's view of Avebury from near the Sanctuary....early 19thC. 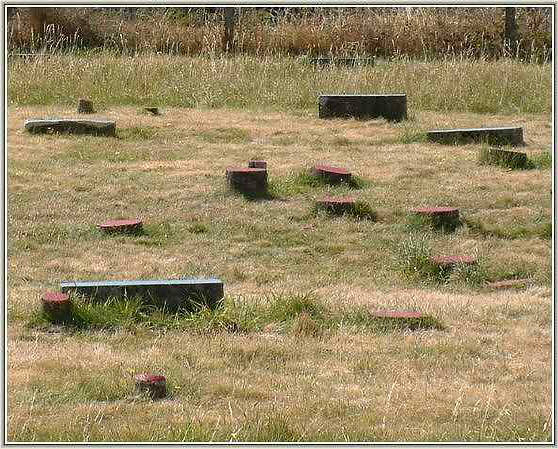 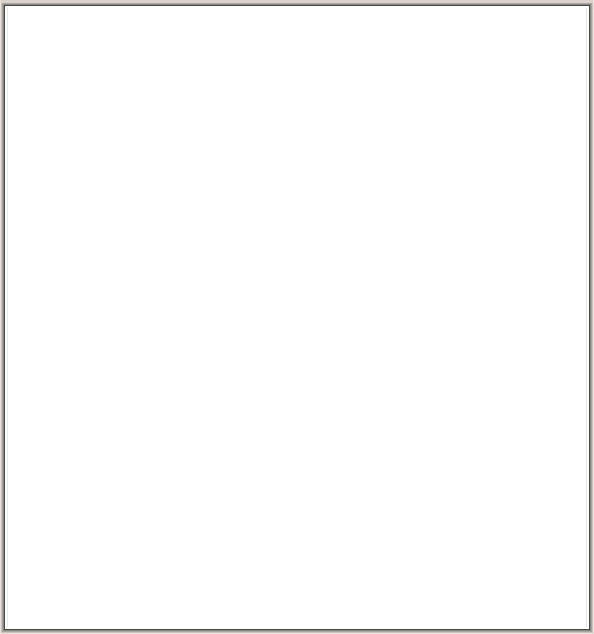 This beautiful atmospheric recreation of how The Sanctuary may have once appeared when approaching from the West Kennet Avenue is from Nicholas Mann's book "Avebury Cosmos"
(scroll to view)....courtesy of Nicholas Mann